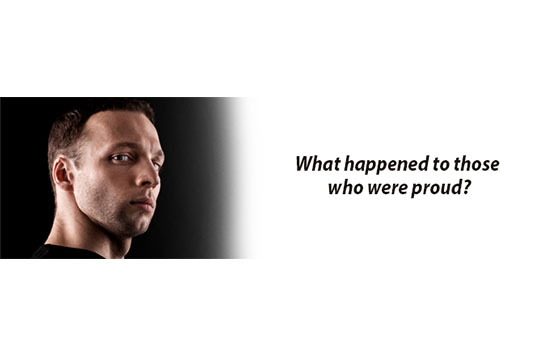 There are three things that are linked, and are unfortunately bringing down many pastors.

The Bible tells the story of King Uzziah, who started off very well and prospered in everything he did. 2 Chronicles 26.1-5
Like many of us, pastors, who grow because of our communion with God and our pureness.

But over time, he allowed his heart to be exalted and began to believe he was powerful enough to do whatever he wanted.
Many pastors are given authority and start to do whatever they want, thinking that it’s “right” to disobey God and the leaders of the Church.

From that moment on, he fell into disgrace. And when he burned incense in the Temple, he disobeyed the laws of God – LACK OF FEAR – 2 Chronicles 26.16
Many pastors begin to disobey and criticize the leaders of the Church. Besides this, they see everything with bad eyes, are malicious and lack fear.

When the priests took a stand against Uzziah, he became enraged instead of accepting their reproach, repenting and returning to his first works. The Bible says that he was furious and did not accept their rebuke.

How many pastors, when rebuked or reprimanded for making a mistake, get angry with their leader, instead of accepting, humbling themselves and repenting?

What happened to Uzziah?
He was afflicted with leprosy until the day he died!!!

What happened to the “PROUD”, who were among us and did not accept to be rebuked? Today, they are being afflicted with spiritual leprosy (their lives are destroyed).

As the bishop has said and we have seen: “How many “exploded” in the past, but fell away from the faith and their lives are now shattered?”
TIME, THE LACK OF FEAR AND PRIDE destroyed them all.

When pastors grow, it is because they have given their best, and GOD GIVES THEM GROWTH. We can never lose this fear and reverence for our God.

We cannot think that, because we have been doing the Work of God for some time, we can do whatever we want.