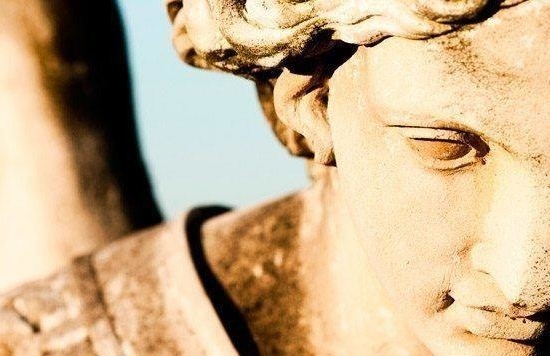 To think about and question a problem you are experiencing, is the starting point to act with an intelligent faith. Abraham questioned his life and so, he became revolted with the religiosity of his time, especially because he saw that it was unable to do anything for him or his family. How could he believe in something that couldn’t do anything for him? His revolt and intelligence opened the way for him to know the True God. But before becoming Abraham, he was called Abram. He was Chaldean, which were people who, like their neighbors, had gods for everything: a god for this and that, a god of water, fertility, harvest, thunder, etc.

But, for Abram, God was the Lord of all things, He was Supreme and Sovereign.

According to Jewish tradition, Abram’s father was a wicked idolatrous priest, who manufactured idols and sold idols of Chaldeans gods. One day, Abram’s father left him taking care of the idol shop.

Abram, revolted because his father did not believe in the One True God like he did, took a stick and broke all of the idols except the largest one. He took the stick, put it in the idol’s hand and waited for his father to come back.

When he returned, he saw that everything was destroyed and broken. He noticed that the largest idol had a stick in its hand and demanded that his son explain what had happened.

Abram said the largest idol had broken the others with the stick. His father asked, “Why do you make sport of me? Do they have any knowledge? They are just statues!”

Abram replied, “Listen to what you are saying. If it is just a statue and has no life, why do you believe in it?”