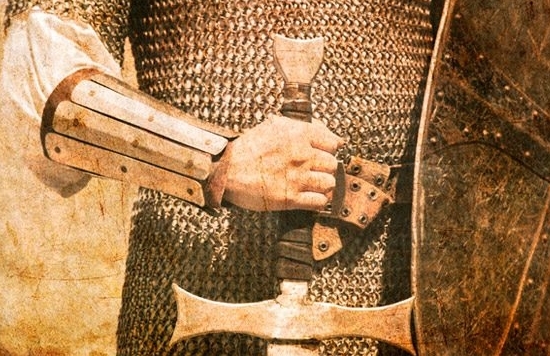 Now therefore, give me this mountain of which the LORD spoke in that day… Joshua 14.12

When the children of Israel left Egypt, they did it based on the Word of God, which determined they would be given the Promised Land. Each Tribe of Israel would have its part of the inheritance according to each one’s fidelity, performance and importance. Then Moses divided the earth and did everything according to the Promise of God.

But I have said to you, “You shall inherit their land, and I will give it to you to possess, a land flowing with milk and honey.” I am the LORD your God, who has separated you from the peoples. Leviticus 20.24

Time passed, the Tribes of Israel received their share of the inheritance, but only one person was forgotten: Caleb. This warrior played a very important role in the history of the people of Israel, because he was the only person, together with Joshua, who believed and defended the quality of the land.

And now, behold, the LORD has kept me alive, as He said, these forty-five years, ever since the LORD spoke this word to Moses while Israel wandered in the wilderness; and now, here I am this day, eighty-five years old. As yet I am as strong this day as on the day that Moses sent me; just as my strength was then, so now is my strength for war, both for going out and for coming in. Joshua 14.10-11

Dear reader, you might be facing the same problem. Time is passing, and God’s Promise hasn’t been fulfilled in your life yet. Maybe you feel forgotten by God and despised by men. DO NOT BE DISCOURAGED!!! Do as Caleb. Though he had been forgotten, he did not waver and stood firm in the same faith in which God had called him.

Believe that just as Caleb was honored, despite all the suffering and forgetfulness on behalf of many, God will also honor you. The Word of God will be fulfilled in your life and, by faith, you will also receive your share of this inheritance.
A TRUE WARRIOR WILL NEVER BE FORGOTTEN!!

And Joshua blessed him, and gave Hebron to Caleb the son of Jephunneh as an inheritance. Joshua 14.13