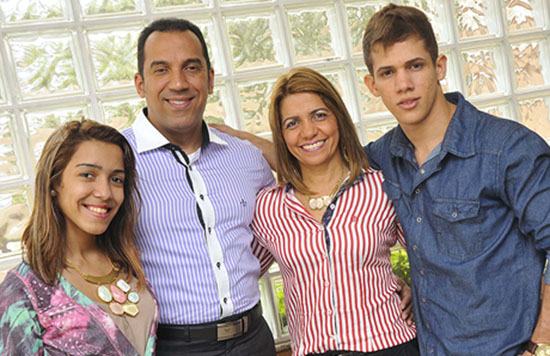 He was a womanizer looking for adventure. What mattered was quantity – the more women he had, the better. And to express his dislike for being “tied down”, he even founded an anti-marriage association.

“I was engaged for four years, but with at least 400 other women at the same time. The thought of marriage frightened me, so I founded an “anti-marriage association” with my friends. We all made an oath to never get married. But as time went by, dating many different women wasn’t as fun and one by one. My friends all got married, leaving me to feel left out and alone.”

It was actually for a different reason that Altair found out about the UCKG HelpCentre, but he didn’t bargain for how much his life would change once he’d accepted the Israel Challenge.

“I had never fought so hard for anything before, but being alone was overrated. Soon after that, I began to notice Sandra. She was a personal trainer at the gym I worked in, but I had never spoken to her. I knew she had recently gotten out of a troubled relationship, but she hadn’t dated anyone else since then. I didn’t want to mess around anymore, so I approached her with a genuine heart, so much so that our dating process was extremely fast. We dated, got engaged and married in just 30 days. Twenty years have gone by and we have two beautiful children. I never thought I could achieve such a wonderful sense of fulfilment. And if fulfilment in your love life is what you’re desperately searching for, then the Israel Challenge is for you!”