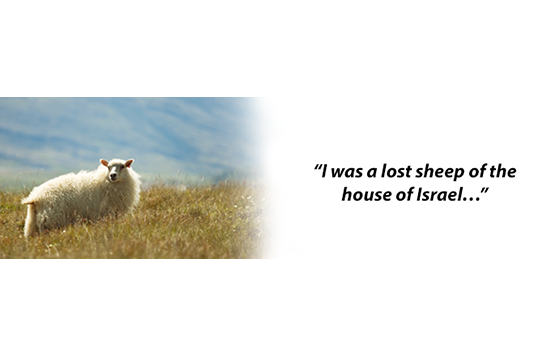 Reborn from the ashes

I have been an assistant for 15 years. On July 22, 2014, which is the day my Church will go to the Temple of Solomon, I will be celebrating 16 years as an assistant.

I was in Church when I heard an assistant speaking about an upcoming vigil, which would be on June 20. But, I did not want to go because I had lost all interest in participating of any of the assistant’s vigils. I had not gone to any of the vigils since they started. But something was telling me to find out more about this vigil. So I began looking for the video where you announced the vigil.

Spiritually, I was not doing well. I had not stopped fearing God or the things of God, but my heart was filled with doubts. There were so many doubts that while I was seeking the Holy Spirit that’s all I could think of: “Is God still with me? Does He still hear me?” There were questions and more questions.

I wanted to put an end to those doubts, but whenever I attempted to do so, new questions surfaced. This nightmare lasted a long time –about 10 years. My life constantly wavered between highs and lows. Sometimes my faith was strong, other times my faith was weak. And this was how I pushed forward.

I did not understand. I was always quite sincere and fought to pick myself back up, but whenever I thought “now things are going to get better,” that’s when everything spiraled out of control.

I HAD THE NAME OF SOMEONE THAT LIVED, BUT I WAS DEAD! I was dead because of my own doubts and evil thoughts, bad eyes. No one ever found out, but God knew, I knew and the devil, who cast those evil thoughts, also knew what I concealed inside; after all, they were his seeds.

That invitation to the vigil, with the offer to be born from my mother’s womb again, made me see that this was what I needed. This was what I had been waiting for after so many prayers.

The funny part, or better yet, the sad part was that every vigil had a different purpose, yet they would result in the same thing: a renewal and a new birth. However, I WAS NOT INTERESTED. The answer to all my prayers was the vigils and meetings, but I WAS NOT INTERESTED. I thought there were no solutions to my problems, even though I was still doing the Work of God and wearing my uniform, and all. I no longer believed in myself or my abilities.

That evening, I had such a thirst, and this was because I nurtured it for nearly a month, waiting anxiously for this night.

I prepared my white clothes the same week I found out about the vigil. I prayed with them every day, and I left my house with a purpose in my heart: Today is my day! I’m not leaving that vigil feeling the same way! I won’t accept it!

When you said, “Good evening!”, I felt like I was diving in a fountain of water after being in the desert for 40 days and 40 nights! That’s how thirsty I was! But the vigil had not begun yet, I would have to wait a little longer. “Oh, I still have to wait a bit more!” was exactly what I thought.

When the vigil actually began, I stared at the screen as if I were going eating it! Lol. I didn’t even blink. I didn’t want to miss anything, especially not because I blinked. And I fed off of every word, every comparison of our life to the Temple and how today, there is a sign in my life that reads: GOD DWELLS IN THIS PLACE. When you said that, my eyes filled with tears. How could I have allowed myself to reach that point? The answer is simple, this happened because I didn’t take care of the “temple”. I did not clean my temple, I did not keep my lamp continuously lit, nor did I keep my lamp filled with oil. And the oil on my head had dried up because so much time had passed. This is painful! My garments were so stained that you could no longer tell what color they were.

But this was the end of it all, because I was determined to do something about it, so I kept to my convictions.

When you finished nourishing me with the Word, it was time to empty myself. And that’s exactly what I did. I poured out onto that piece of fabric everything that had once kept me apart from God, and I cried; I cried so hard that I couldn’t speak. On Sunday, my eyes were still swollen. My tears would be my words. And they were! When I slowly got up (I can’t even think about it because my eyes fill up with tears again – there was such joy in my soul!), I began a new life with God. Since that day, I have asked God to help me never lose what I received that night! Again, my Temple is restored, cleaned, the incense is burning, the lamp is lit and filled with oil. I have to be very careful not to spill such precious oil!

And my love for souls is like my love for the Lord. The following Sunday, I immediately began to take care of the Lord’s sheep in my Church. There are so many people suffering among those who come to Church!

Sorry for the lengthy letter, but I thought you should know what you did for me. I will never, ever be able to thank you enough, but I know that you appreciate knowing how much you’ve helped me. I was a lost sheep of the house of Israel, a lost coin that was found by you and the Lord Jesus.

I wish I could hug you like a child embraces their father. I will always remember you in my prayers.